Bust out your bibs because we’re eating barbeque — and lots of it! 🍽️ #k5evening

Sometimes, you just need a plate of smoky, saucy barbeque with all the fixings, but Washington state isn’t exactly known for it. Never fear though, because we found out where you can get the good stuff, right here in the northwest!

Come along as we visit some of the best barbeque joints in the Seattle area!

Tucked inside a former butcher shop on Rainier Avenue South, Lil Red’s Jamaican BBQ and Soul Cuisine might have flown under the radar – if only the food weren’t so amazing.

They grind three kinds of meat – chuck, brisket, and rib-eye – to make their popular “Butter Burgers.”

Red’s flavors encompass a little bit of everything. He uses Texas-style salt and pepper and goes sweet, ala Memphis or Kansas City. Customers also swear by the mac and cheese and sweet tea.

Chef Jeremy Thunderbird is on a mission to spread the word about Native American contributions to the culinary world.

“We’re either misrepresented or under-represented in a lot of ways,” he said. “Food to me is a universal language, it’s like a history book.”

At his Seattle-based catering company Native Soul Cuisine, everything on the menu is Native American inspired. 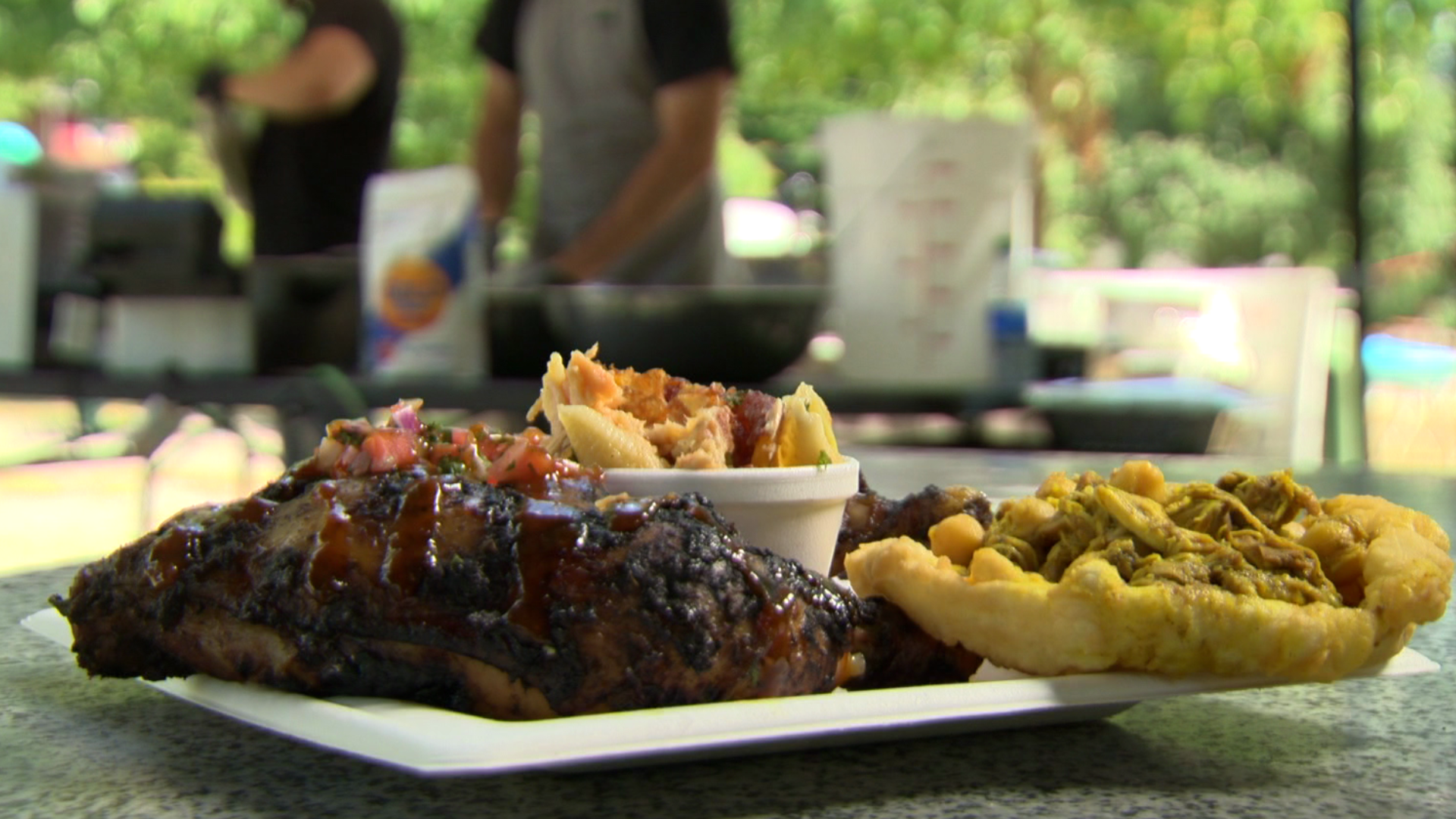 A little wine to go with your barbeque?

At Lake Chelan Winery choosing a red or a white means deciding whether you want the ribs or the chicken.

They don’t just make wine here – they do barbecue.

This was one of the first wineries in the valley – and owner Williams says he put The BBQ in the Vineyard on-site for one reason: “To be the least pretentious winery you’ll come across.”

RELATED: Taste BBQ and do yoga at these Chelan-area Wineries

At Cask & Trotter Restaurant Bar, they take pride in giving their brisket, chicken and ribs, the attention they deserve. Think Low and Slow.

The barbecue sauces are all made in-house and they range from sweet to spicy to Carolina style. 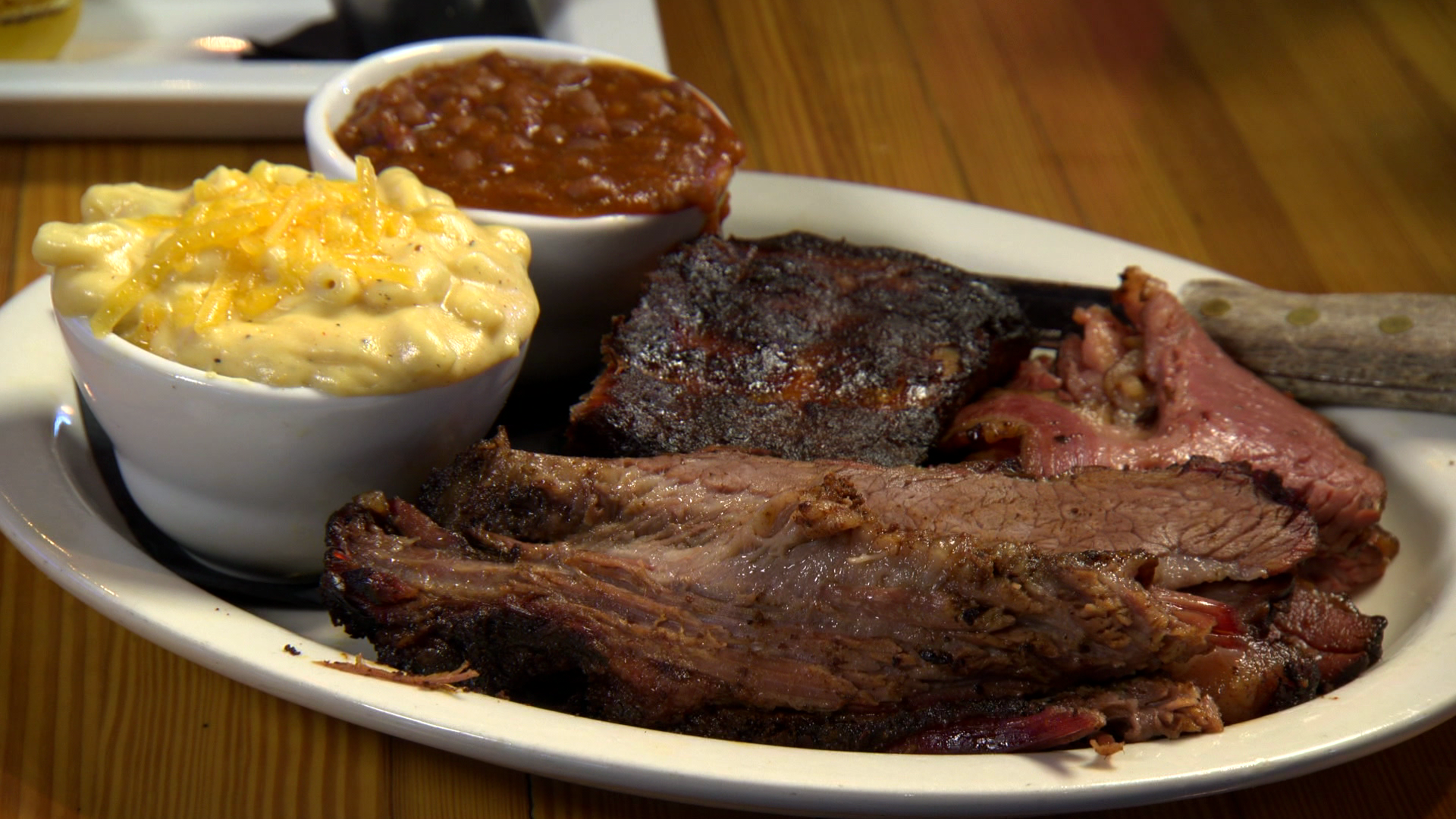 Try barbeque from the man who feeds the Seahawks!

It was at the Bite of Seattle in 2018 when C. Davis of C. Davis Texas BBQ would make the connection that would change his life.

“What caught my eye is that he is from Texas. I’m like, okay we have a dude from the south coming to Washington, let me see what he’s talking about. I had never had nothing of this design, it’s just perfect. Perfect combination. I’ve seen a lot of people come from the south to Washington and they let me down, but his stuff [is] just delicious,” shared Wright.

C. Davis started in the BBQ business in 2011 and slowly built a respectable following. But it’s nothing like what he has now.

Davis now caters meals for the Seahawks players, and they often turn to him for their charity events. On game days, you can find his barbeque in two places at Lumen Field, in the fan deck and on the plaza.

Barbeque with a Filipino twist

Eating at Fil Cuisine in Kent will get you as close to the Philippines as you can get, without taking a flight.

“The food out here is what you would eat if you fly back to Manila. It’s a taste of home in Kent,” shared Jose Panlilio, co-owner of Fil Cuisine.

At Fil Cuisine, they take traditional Filipino food seriously; and that goes for the BBQ as well.

“Barbecue is part of the culture in the Philippines. If you go there, every street corner you will see a grill with smoke billowing up. It’s like a McDonalds here, where every corner you have a McDonald’s or a Starbucks — Filipino bbq is the same thing,” explained Panlilio. 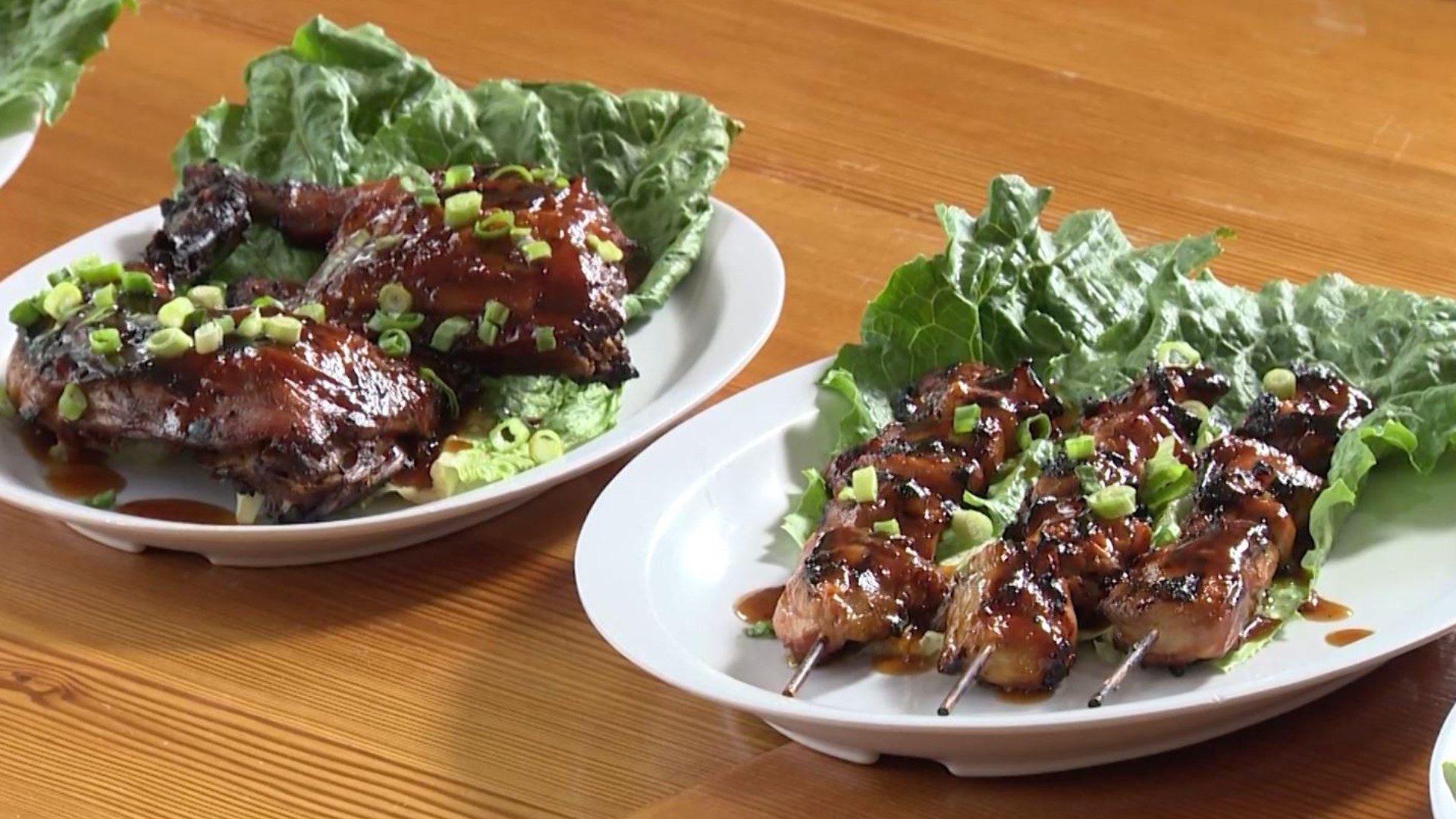 Until Tom and Mo Beben arrived, you couldn’t find any southern barbecue in Shelton. Tom came from South Carolina, Mo from Oklahoma. When the couple moved to Washington more than ten years ago, some friends invited them to a barbecue.

“And we show up and they’ve got hamburgers and hot dogs on a gas grill. And where we come from, barbecue is a totally different thing,” Tom laughed.

“They had a cookout,” Mo explained.

The duo made some real barbecue for their friends, and Smoking Mo’s evolved out of that. At first, it was just a walk-up window.

Now they run a booming restaurant in a bank building with a lot of history; it once burned to the ground.

Matt Henning is a BBQ guru. He’s eaten barbeque all over the Midwest and Deep South and brought back everything he’s learned to his own joint: My 4 Sons BBQ.

“It’s all about touch and feel,” says Henning. “It’s not so much about time and temp.”

Most of his plates will fill you up for under ten bucks, especially the menu item that caught the eye of a local food critic: the bbq sundae.

The sundae includes creamy, four-cheese, smoked mac and cheese, smoked baked beans, choice of meat, coleslaw, barbeque sauce, and a pickle as the cherry on top. 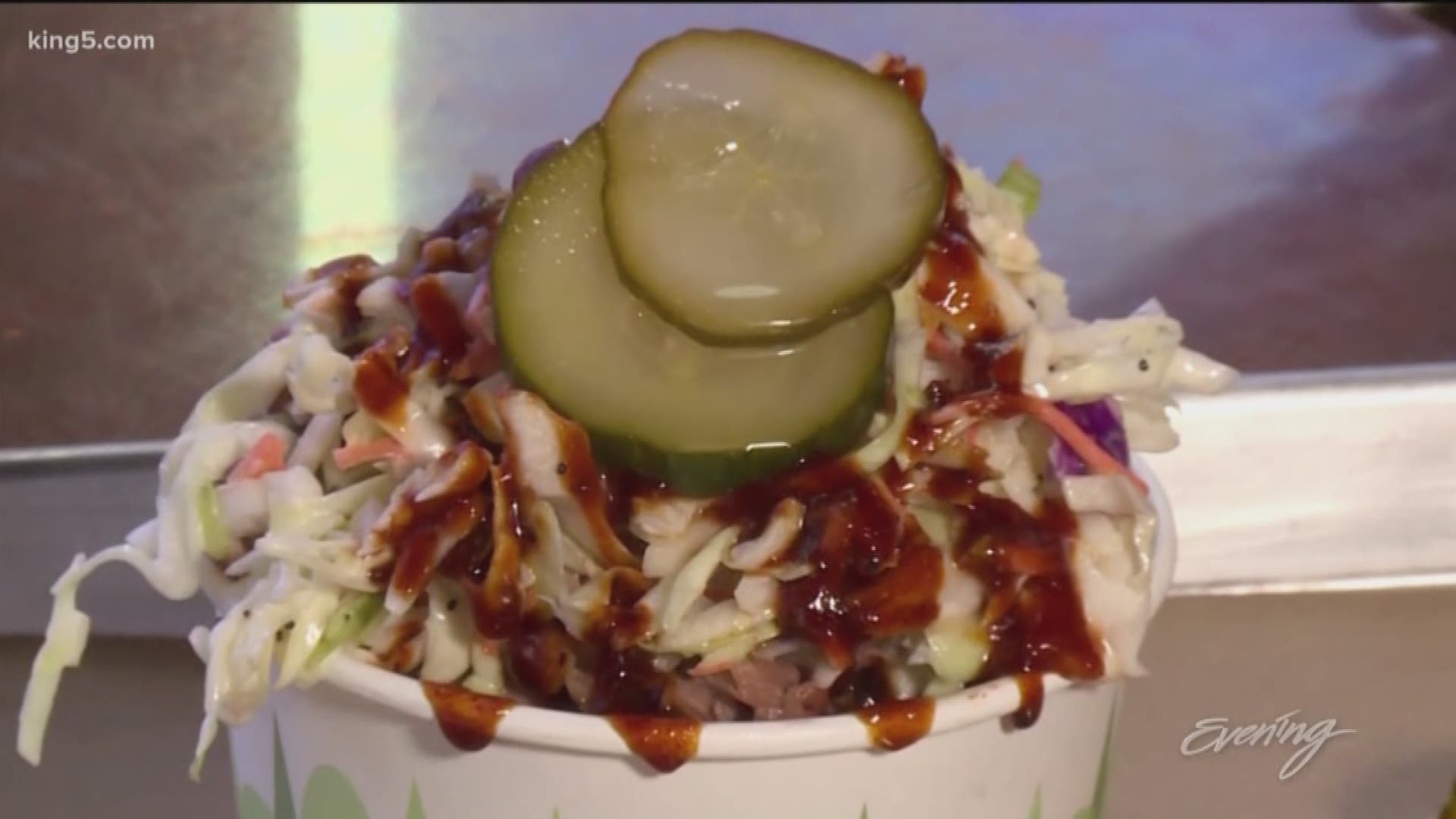 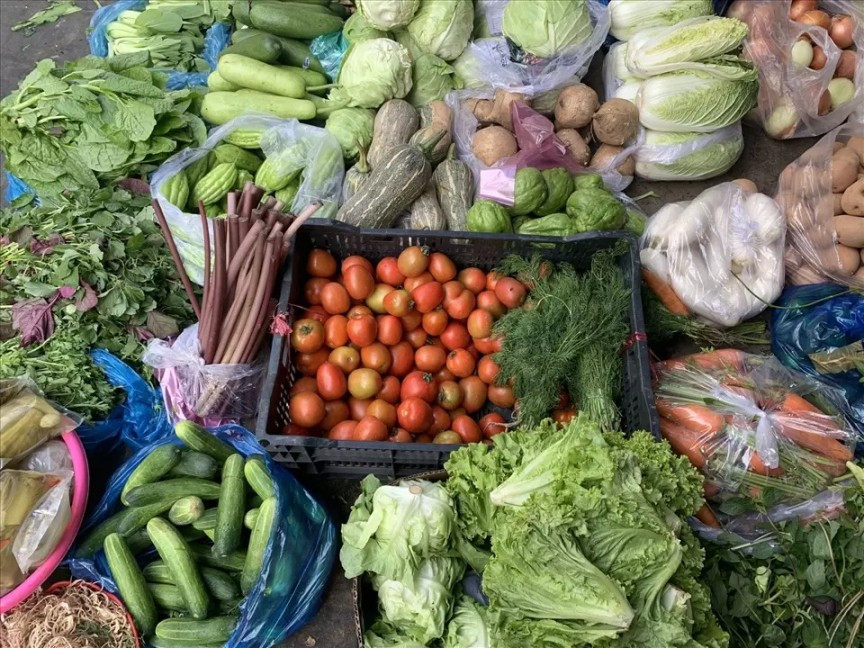